Conflict at Credera Part 4: Getting Help 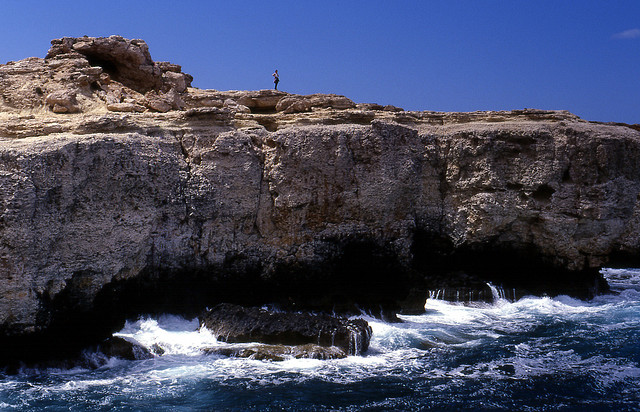 This is part four in our four-part series on conflict. Last time we looked at confronting conflict. Today we’ll talk about getting help with conflict.

Rob and I had some days when we weren’t at our best as leaders at Credera. We both had the success of the company in mind, but we were approaching it in different ways with different ideas and it strained our relationship.

There have been five or six “company ending” conversations we’ve had over the past decade. Essentially we’d come to an impasse and say something like, “I can’t work with this guy anymore,” or “He doesn’t get it.”

Step Back from the Ledge

One of the smartest things we ever did was to bring a mutual friend onto the board of directors. A guy who we both trusted deeply, someone who wouldn’t take sides, but only seek to do the right thing regardless of emotion or feeling. Kyle Kaigler continues to be our on board and has played an invaluable role in our relationship and firm over the years. Rob and I both love this guy. He has loved us enough to tell us the truth, has invested in us and has helped us become better leaders. Every leader needs someone like Kyle to communicate hard things to them in the heat of really difficult discussions. Kyle has done that, consistently.

When Rob and I would come to an impasse, we’d ask Kyle to participate and help us see what we were unable to see on our own. He provided the process to follow, which moved us away from the issue itself and instead offered a mirror. Kyle would say something like this:

“Let’s park the current issue for a few minutes and work on the relationship. What are the relational or professional trust issues we need to discuss?”

We would spend the next 45 minutes saying something like this:

“When I feel like Matt is trying to take back his previous role it seems like my authority is being undermined.”

“When it seems like Rob is in command-and-control mode I don’t feel like his business partner or a fellow board member.”

Kyle would continually pull us back to where the relationship was damaged, ask each of us to “own our part,” and to seek the forgiveness of the other.

Over time and with experience we began to learn from these conversations. According to Tim Elmore’s Habitudes #4, people change when:

1. They hurt enough that they have to change.

2. They see enough that they want to change.

3. They know enough that they are able to change.

For us, it was all three and it wasn’t easy. It was difficult and slow. We’ve learned conflict resolution is anything but efficient. But eventually we began to help one another, serve one another, trust one another and even give preference to one another. This may not have happened without bringing someone else in to help us through the process.

Rob and I have had our ups and downs. We used to be competitors during conflict, but now we are very good friends. That slow, steady transition has been hard work, but it’s also been invaluable for us personally and for Credera as a company. We’re better and stronger because of what we’ve been through together.

We would be remiss if we didn’t offer a big thank you to Kyle for the tremendous impact he has had on Credera over the years. This series also owes a debt to the conflict resolution resources from Watermark Community Church.

This is Part 4 in a 4-part series on Conflict at Credera. To read the previous posts please use the following links: Part 1, Part 2, and Part 3[