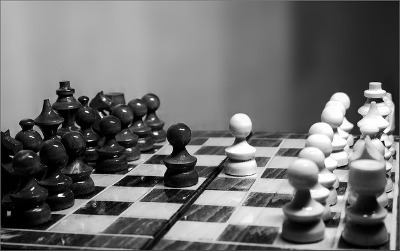 Conflict has nearly torn our company apart. Learning to embrace it has made us the company we are today. It’s the most challenging and rewarding thing we’ve ever done at Credera.

I’m starting a four-part series exploring conflict and how it can be an asset to every company. It’s not an easy path, but it’s been a valuable one for Credera.

Conflict erupted early on between Rob Borrego and I. We started working together in 2004 when the company was just over four years old. It was at that time we asked Rob to join us as president and CEO. I had previously served in that role and was one of firm’s co-founders. After Rob joined the firm we agreed I would serve in a Managing Director and board role, but report to Rob on an operational and day-to-day basis. Fierce internal battles between founders and CEOs are common in the business world. We were about to start our own.

It began during our first project together. We were working in the client’s office on a strategy session with three other team members. Rob was leading the whiteboard session sketching out pages and ideas while I suggested thoughts that involved moving things around on the board. It didn’t matter who was right, but both of us believed it did. We used rhetoric to “prove” ourselves and we both expressed our insecurities through words and non-verbal cues. It was obvious that there was tension between us.

It was the kind of discussion friends and colleagues who trust one another can have without a problem. But we weren’t friends yet. We were two guys with strong opinions and personalities who had agreed to work together. As you’ll see, we both needed to learn how to work through difficult discussions in a healthy way. It would be trial by fire.

Conflict Is Not Bad

Even though we were feeling some tension, conflict itself isn’t bad. It’s how you deal with the conflict that matters. If you fail to address it, then yes, it will get ugly. But conflict is an opportunity. It’s a chance to come together, to refine your work, develop your character, perfect ideas, teams and even attitudes. Iron sharpens iron.

But it only works that way if you’re willing to see the opportunity in the conflict itself. Rob and I weren’t quite there at the start. But eventually we were able to confront our issues, hammer things out and form a solid friendship.

When you’re willing to see the positives and confront conflict, it creates an enduring trust in the relationship. Over the last decade we’ve had significant conflict. Without it, our firm would not be what it is today.

We’ve come to a place where we are actually thankful for the way conflict has shaped us individually and as a firm.

Recently Rob was on vacation and noticed a string of emails and internal meetings I had initiated. Once upon a time this could have caused a problem. Rob could have assumed the worst, imagining I was up to something during his vacation. Instead he picked up the phone. We had a great conversation and Rob quickly realized he had nothing to worry about.

Last week I invited Rob to lunch. We spent two hours catching up on a variety of personal and professional topics. It was a ton of fun. Looking back it’s hard to believe our relationship has grown from conflicted to good friends. The partnership—and friendship—we enjoy today is the result of consistent, trustworthy behavior over time. Especially when it was hard.

My hope is that everyone who works with Credera understands the value of embracing conflict. It’s a life skill that will bring richness to your relationships. It’s taken us a while to get there, but it’s worth the journey. And the journey continues.

Next time we’ll talk about how important humility is when confronting conflict.

We encourage you to continue reading the rest of the series: Part 2, Part 3, and Part 4