The last decade has been an era of digital transformation that has democratized the service industry in ways previously unimaginable. Hotels now compete with average homeowners renting their properties on Airbnb. Taxi drivers are driven out of business because people are willing to get in a stranger’s car for their Uber rides. The decentralization of service has reset consumer expectations for value, and seasoned companies have spent the last few years trying to catch up.

So how can companies learn from these disruptive players and leverage networks to expand their reach exponentially? The key driver is the virtuous cycle. The virtuous cycle sets off a series of events, each one increasing the beneficial impact of the next event. When set in motion, this cycle can create significant benefits for a business, like cementing customer loyalty and generating revenue. 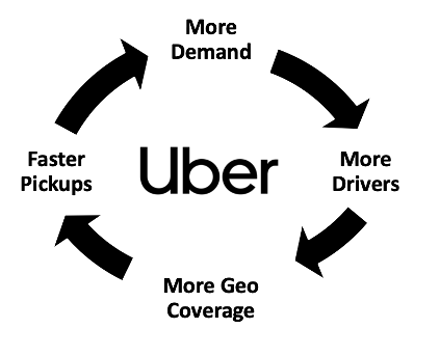 Uber, like many tech giants, has built its company on the virtuous cycle. Its goal is to provide a driver for every rider. Uber provides limited value to riders without enough drivers in the network. Imagine Uber with two drivers. The drivers get dinner and leave a disgruntled rider with no ride. With 2,000 drivers, problem solved. Some will be at dinner while others give rides. Uber looks much more valuable from a rider’s perspective. Similarly, Uber is only valuable to drivers if there are enough riders to make the trips worthwhile.

This business model is a multi-sided platform that brings together two interdependent groups of customers: riders and drivers. By acquiring users on both sides of its platform, Uber can leverage the strength of each side to attract the other and grow its user base significantly.

How the Virtuous Cycle Unlocks the Value of the Network

As the virtuous cycle gathers steam, companies unlock value through achieving a phenomenon known as the network effect. The network effect occurs when the addition of each new user increases the value of the network for existing users.

One of the first technology-enabled networks was the internet. As more users joined, more content became available, which made the internet attractive to new users. Rapid growth ensued.

Since 1994, rapid growth enabled by the network effect has been responsible for 70% of all value created by technology. This is possible because the network effect sparks exponential growth as every new user has the potential to bring in multiple connections. Meanwhile, the cost to acquire a single new user remains constant.

The Exponential Power of the Network Effect 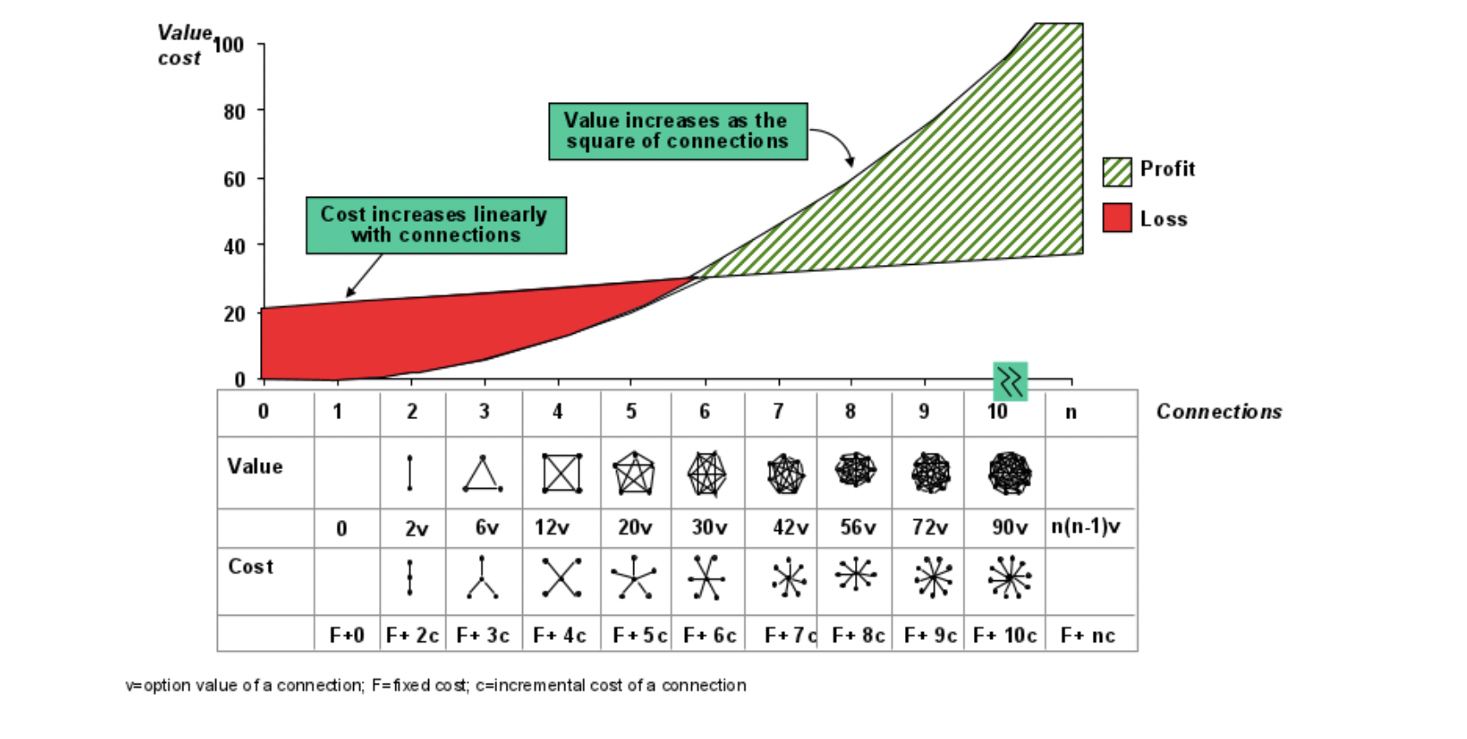 Once started, the virtuous cycle can unlock tremendous business value. However, kickstarting this process is a significant challenge.

How to Overcome the Cold Start Challenge

A challenge to the virtuous cycle is getting started since you need each side of the platform to attract the other. Many companies struggle to build up both sides of their business enough to drive demand.

To address this challenge, Uber has employed a variety of methods to balance both sides of the platform. For example, surge pricing attracts more drivers onto the platform to address periods of low driver supply. Ride discounts and loyalty points keep riders with Uber and from leaving for other modes of transportation.

Companies must be equipped to manage the supply and demand equilibrium, especially at the beginning of the virtuous cycle. Those who do not balance their attention and resources on both sides of the platform will never build up to a network effect.

How to Start and Build the Virtuous Cycle

1. Build your unique value proposition to attract your customer base.

First and foremost, companies must understand what their customers value. This goes beyond just the existing product or service offerings. Understanding your customer can help you pinpoint opportunities to address value gaps.

Amazon’s virtuous cycle grew out of their understanding of their customer’s desire for convenience. Speed of delivery became the primary competitive edge as consumers wanted their items at a faster rate. As more customers looked to purchase goods on Amazon due to the speed of delivery, more suppliers joined the marketplace hoping to sell their goods.

2. Iterate on your existing portfolio to drive continual growth.

With customers in mind, companies should continuously reexamine their existing portfolios to determine how to drive consumer growth.

All three companies have now created powerful virtuous cycles as they continually build upon their existing models to provide new value to their customers.

Your Own Virtuous Cycle

The power of the virtuous cycle and network effect can transform a company from a traditional marketplace to a multi-sided platform that provides significant value to all parties.

If you are interested in identifying opportunities to build or strengthen your own virtuous cycle, reach out to our innovation and data experts at findoutmore@credera.com.

The resilience of an organization will be the differentiator between those companies that stand the test of time, and those that go the way of Blockbu...

DevOps is becoming the status quo for any organization that delivers technology to its customers. And for good reason—research has consistently shown ...

3 Characteristics for Technology Success in a Post COVID-19 Economy

COVID-19 accelerated the need to undergo a digital transformation by roughly five years, and forced companies to adapt how they did business. Some nav...