Three Duties of a Citizen 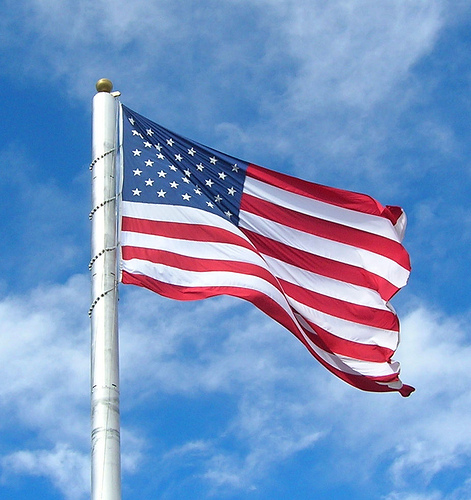 The historic elections of 2012 have produced spirited dialogue—and at times contentious debate—about the proper role of government in American civil society. Yet in spite of the months of campaigning, hours of airtime and billions of dollars spent arguing one way or another, scant attention has been paid to the role of the individual in shaping civil society. Yet, as citizens of our great nation, we all have a duty to do our part as individuals to carry our country forward into the future, to leave it for our children just a little bit better than we found it.

However, duty is a word that is underutilized in a country focused on rights—but not necessarily their accompanying responsibilities. Recently, I’ve heard the word most often in the title of the blockbuster video game series “Call of Duty.” As a former Marine with three combat tours, I can assure you that this word covers far more than battlefield actions (be they real or virtual). So, what, exactly, does duty mean? Douglas MacArthur, one of America’s greatest generals, is reported to have said that of all the words in the English language, “duty” is the most powerful. Dictionary.com defines duty as “something that one is expected to do by moral or legal obligation” or “the binding or obligatory force of something that is morally or legally right.” The word itself originates from the Latin debeo, meaning both “I owe” and “I ought,” both words implying action. For our purposes, then, “duty” can be defined as “the fulfillment of a citizen’s moral obligation without regard for one’s own self-interest.”

For the average citizen, though, what does that fulfillment look like? I believe it comes in three parts:

Duty Number One: Invest in Our Own Moral Character

The entire democratic experiment that is America was founded on one critical assumption: that its citizenry would pursue virtue. John Jay, our nation’s first Chief Justice, stated that the American Constitution was “made only for a moral and religious people. It is wholly inadequate to be the government of any other.” Benjamin Franklin took this sentiment one step farther: “Only a virtuous people are capable of freedom.”[1] If our government is to continue to succeed, and we to continue to be a people free to shape our own destiny, then we must make ourselves a people worthy of freedom.

Franklin himself outlined thirteen critical virtues and is known to have kept a list of the virtue he was working on each day. For us to be effective in meeting our first duty, we have to pursue virtue with the same intentionality as did Franklin—indeed, with the same intentionality with which we pursue anything else that we want to succeed at in life. Regardless of what we believe are the core virtues to pursue, we can all align on the fact that we need to be deliberate about how we build them into our own life, on how we become, say, more courageous, or honest, or kind, or disciplined, or any one of a myriad of other things. So it is worth asking ourselves the question: “Can I honestly identify which virtue(s) I am pursuing in my own life, and can I point to the actions I am taking that prove my pursuit?”

Duty Number Two: Invest in the Next Generation

It is easy to agree that investing in others is important—in the same way that it is easy, say, to agree that freedom is a good thing—but it is very hard to actually carry out that investment in a sustained and deliberate fashion (else there would be very little written on the subject of work-life balance). In the same way that freedom requires some level of armed forces needing money, people, and years of training to sustain, so also building into the next generation takes money, people, and years of effort if it is to bear fruit. Societies from the Spartans to the Jesuits have put this concept into practice to mold the next generation according to the values of the current one—indeed, a famous Jesuit quote states “Give us a boy until the age of seven, and we will give you the man.”

As citizens, we must deliberately teach both our children and others close to us the values that underpin success. Virtue carefully cultivated in our own life will ultimately die with us if we do not pass it along to them. And our children will learn values from us whether we are deliberate about it or not.  Indeed, lack of intentional time and energy spent teaching values tells our children that our values are not actually valuable, or that they aren’t nearly as valuable as other things that receive the bulk of our attention and investment, e.g. career success, consumption decisions, or entertainment pursuits.  What is more, if we do not deliberately pass along our virtues, then our children and others will pick them up elsewhere from people or institutions who are much more deliberate about it, say, peers, entertainment moguls, or eye catching social. Teaching the next generation cannot be outsourced or halfheartedly insourced—it is our duty as citizens to sacrifice our own time and energy to prepare the generations below us for the responsibility of freedom. Thus, it is worth asking ourselves: “What, if anything, am I deliberately teaching to others? Who, if anyone, am I deliberately teaching it to? Where, if at all, am I teaching?”

In 1835, in his book Democracy in America, Alexander deTocqueville marveled at the propensity of Americans to join voluntary local associations in order to promote everything from temperance to the importance of tree planting. Indeed, between 1790 and 1830 thousands of such associations spread across both urban and rural America—virtually every town in New England over 1,000 people had at least one. Without any coercion at all, Americans “were creating institutions to accomplish a vast variety of purposes that elsewhere would be left to the established authorities, or not done at all.”[2]

160 years later, Robert Putnam published the seminal article Bowling Alone in which he noted the reversal of the voluntary society trend that deTocqueville first described.  Though Putnam’s thesis has been debated, no one disagrees with his fundamental premise: a decline in voluntary participation in civic associations is a very bad thing, and threatens both freedom and quality of life. Thus, it is our duty as citizens to invest with and in our communities to meet needs with our own time, talent, or treasure. We could serve in soup kitchens, teach prison entrepreneurship, mentor under-privileged children, serve on the PTA, join a bowling league, or simply build out deep friendships that go beyond the surface or the virtual. No matter what, we must be intentional and we must be disciplined. So it is worth asking ourselves:

“Am I a part of my local community in any way? Who are my true friends?

In the service, we had a simple saying: “If not me, who? If not now, when?” Now that I am out of the service, I find that that saying is as relevant, if not more so, than when I was in.  I humbly submit that as citizens of our great country we have three simple, constant duties that transcend parties and elections. If we can perform them, we can keep our country great.

And if we cannot, then we must hope that someone else will in our stead.

Donovan Campbell is a Management Consultant, author, speaker, and served three combat tours with the United States Marines. His second Iraq tour is chronicled in the NYT best-seller, Joker One. Newsweek named Joker One a top war book of the decade. You can read more about Donovan’s views on leadership in his new book**, The Leader’s Code, scheduled to release on April 9, 2013. To learn more about Donovan and his book, visit www.theleaderscode.com.