The selection of technologies available to build web applications is constantly evolving and ever-changing. It seems as if every other month there is a shiny new framework that has caught the JavaScript community’s attention. Most of these trends spark up and fizzle out quickly, but occasionally you’ll come across something that has people asking, “Is this the next big thing?”

Svelte happens to be one of those technologies.

Svelte is a component-based JavaScript user interface framework, similar to React or Vue. Component-based frameworks allow developers to build user interfaces by creating composable components that are re-usable across multiple contexts. Svelte differs from the major frameworks, however, in the way it handles changes to an application’s state. Svelte adds code at compile time to surgically update the document object model (DOM) rather than relying on runtime techniques (e.g., virtual DOM diffing). Web applications built with Svelte tend to have smaller bundle sizes and significant performance gains due to the elimination of the overhead that comes with maintaining a virtual DOM.

In April 2019, Rich Harris, the author of Svelte, announced the major release of Svelte 3. During his talk, “Rethinking Reactivity” at You Gotta Love Frontend Code Camp 2019, Rich summarized the significance of this release: “Svelte 3 moves reactivity out of the component API and into the language.” This dramatic overhaul of the framework was heavily inspired by reactive programming paradigms and introduced new features like reactive assignments, reactive stores, and reactive declarations. 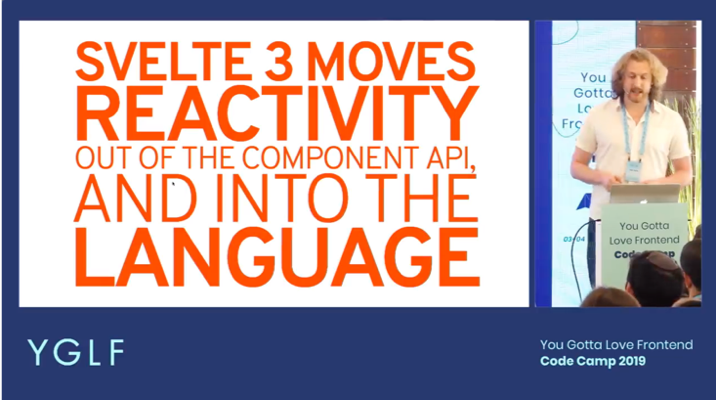 Is Svelte Ready for Production?

The recent release of Svelte 3 has garnered new interest in the JavaScript community for adopting this framework. Whether or not Svelte is ready for production has yet to reach a consensus. Let’s consider some of the cases for and against using Svelte to build web applications:

Is Svelte ready for production? Almost — but not yet. 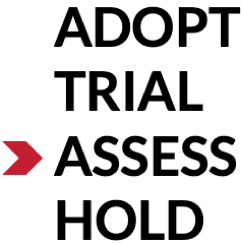 While Svelte introduces some innovative concepts to challenge the paradigms of leading JavaScript frameworks, it has limited proven use in production for enterprise-scale applications. Following the format of ThoughtWorks’ Technology Radar, I would place Svelte in the Assess phase of adoption — I think the project is worth keeping an eye on, but not quite mature enough to trial in production.

In the next year, we might see the project take significant strides toward maturity. The Svelte community is small but growing. Svelte’s author has been transparent about the current limitations of the framework, and the community is working diligently on these areas of improvement.

If you are willing to accept the risks that come with adopting bleeding-edge technology, I would recommend trialing Svelte for the following use cases:

Credera’s Product Design & Development service area is all about helping our clients deliver best-in-class digital experiences to their customers. Contact us at findoutmore@credera.com to learn more about how we can partner with you.