Our Best Efforts Every Day 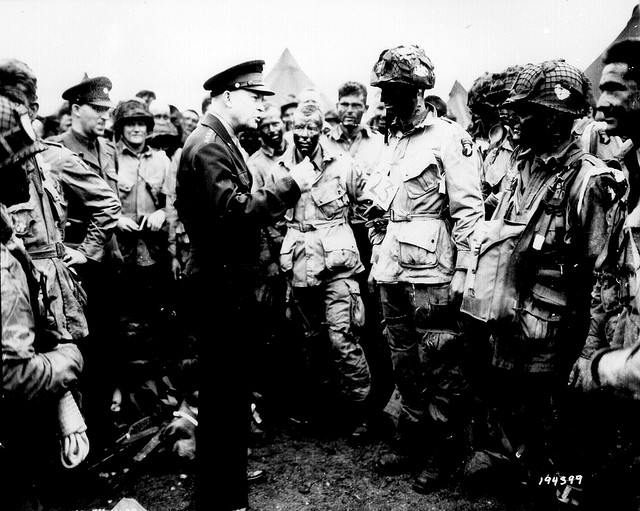 If we hope to be the best leaders we can be, then we have to be the Mike Kurzes of the world. We must give our best, every single day. We must understand the responsibility each day brings. We must believe time is a gift that must be stewarded well and we must cultivate an attitude of thankfulness—not entitlement—for every morning we are granted. The best way to demonstrate thankfulness is to seek excellence, to pursue it as an end in and of itself.

Fortunately for us, excellence is not defined by the outcome as much as it is by the input. We do not need to produce a work of incomparable beauty, like Beethoven’s 9th Symphony, to lay claim to the virtue of excellence. Intent matters as well. Rewards are nice, and we should certainly hope just rewards will be justly granted for work well done, but to be truly excellent, anticipated rewards cannot dictate the level of effort we put forth. We cannot not give our best only when we anticipate being rewarded for doing so. This type of conditioned behavior is more appropriate for lab rats than leaders. And anytime we give less than our best, the person we cheat most is ourselves—we waste our talent and our time, and we can never take time back once it is gone. My first USMC gunnery sergeant used to hammer this point home every day by making us chant the following before we went to bed at night:

“Today I have given everything that I have. That which I have kept, I have lost forever.”

So, excellence can be viewed, first and foremost, as our right response to the gift of time. The conscious quest for excellence must be layered on top of mission and humility. If our mission gives us drive, and humility helps refine and restrain that drive, then excellence helps sustain it. As leaders, we may be moved by passion, but no matter how lofty our ideals, eventually they, and we, get brought down to earth by the day-to-day grind of reality. What we want to achieve may take years, even decades, to bear fruit. In the meantime, we will encounter countless setbacks and outright failures. We will get worn down when our best efforts just are not good enough. We will be frustrated by events beyond our control, and we may despair as expectation after expectation remains unmet.

In the early 1930s, Dwight Eisenhower became a member of General Douglas MacArthur’s staff. Though MacArthur valued Eisenhower’s talents, day in and day out the General treated the Major as a mindless drudge. What is more, Eisenhower had significant conflicts with his boss on everything from how to treat unemployed World War I veterans to how to build a Philippine defense force. “I always resented the years I spent as a slave in the War Department,” he later said. However, there was one thing that helped the future Supreme Commander persevere through nearly a decade of drudgery and mis-treatment: giving his absolute best to produce excellence. Years later, Eisenhower observed that he made it through those brutal intra-war years by trying every day to give his best. In the future President’s own words, “my ambition in the Army…was to make everybody I worked for regret it when I was ordered to another duty.”

If we do the same thing President Eisenhower did, we have an achievable mission each and every day. If we walk into each day determined to do our very best, no matter what the outcome and no matter what the circumstances, then we can walk out of each day confident that we accomplished what we set out to do. Some days our best may be less, and some days it may be more, but each day it is achievable. Thus, excellence produces perseverance, and perseverance, in turn, produces hope, for it is when we stop trying that we stop hoping. Leaders who persevere and produce excellence every day are few and far between.

When we find them, they inspire us. And they give us hope.

Donovan Campbell has written a three part blog series on the topic of Excellence.  This is Part Two of Three. Part One is The Pursuit of Excellence. The series is based on lessons learned in three combat tours with the United States Marines, lessons that Donovan found applicable in the business world, and life in general. His second Iraq tour is chronicled in the NYT best-seller, Joker One.**

**Donovan’s book, The Leader’s Code is scheduled to release on April 9, 2013, and provides a practical guide for exemplary leadership. To learn more about Donovan and his book, visit www.theleaderscode.com. For assistance with strategy and leadership initiatives, please contact us.**