How to Minimize Data Load Size for Tables in Power BI

Credera’s Analytics and Business Intelligence team recently partnered with a large manufacturing company to modernize their reporting ecosystem. After carefully analyzing their current state and future needs, we decided to replace their current solution of SQL Server Analysis Services cubes and pivot table reporting in Excel with a modernized data warehouse and Microsoft Power BI.

The team designed and developed the needed Power BI workbooks and once development, unit testing, and code review was complete, the final step was to publish the workbooks and schedule a refresh using Power BI services. However, during the scheduled refresh we received the following error message:

“The amount of uncompressed data on the gateway client has exceeded the limit of 10 GB for a single table. Please consider reducing the use of highly repetitive strings values through normalized keys, removing unused columns, or upgrading to Power BI Premium.”

Because the development of these workbooks was done locally on our computers, this was not an issue that came up until we published to the Power BI service and tried to schedule a refresh.

Per Microsoft, the data limits imposed on Power BI Pro users are:

The error message provided by Microsoft is informative and provides guidance for a solution, but what if your data is already highly normalized, you have removed unused columns, and upgrading to Power BI Premium is not an option? How do you pinpoint the exact issue, so you know where and how to optimize your data model?

After reviewing the data model size provided by the VertiPaq analyzer tool, the team was able to identity the root cause of the issue. One of Microsoft’s best practices for creating and importing data into Power BI is to limit the width of tables, if possible. The team discovered that the composite keys that were created during development using Power Query M consumed a considerable amount of space as many of the columns used were text values and due to source data and scope of project we were not able to create a singular primary key.

The nature of our dataset required all tables to be joined on at least two columns. Power BI natively only allows joins on a single column so concatenated columns or indexes must be used.

Using Index Column to create a primary key on the dimension table that can be used in the Relationship Editor:

Using Merge Queries on the natural key to bring the proper index onto the fact table: 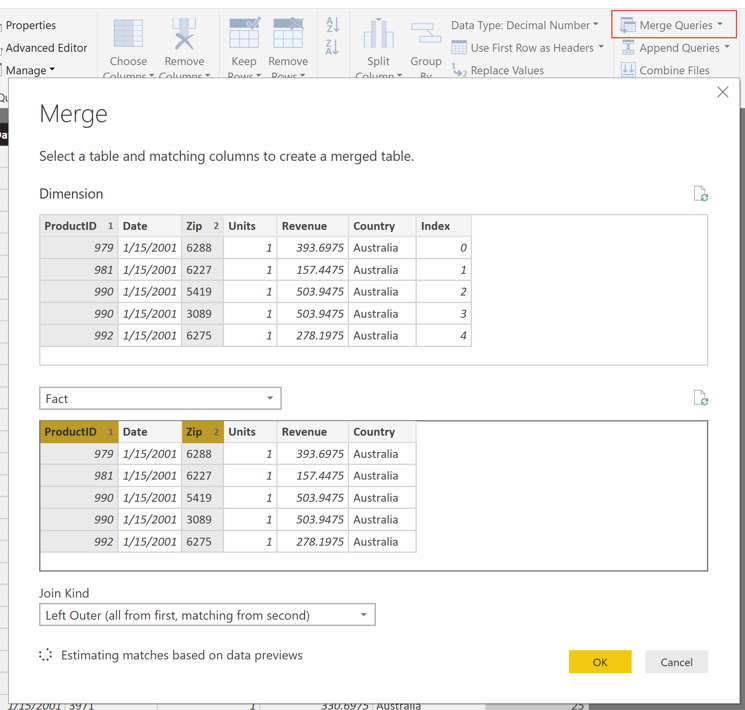 Using a Custom Column to create a single primary key: 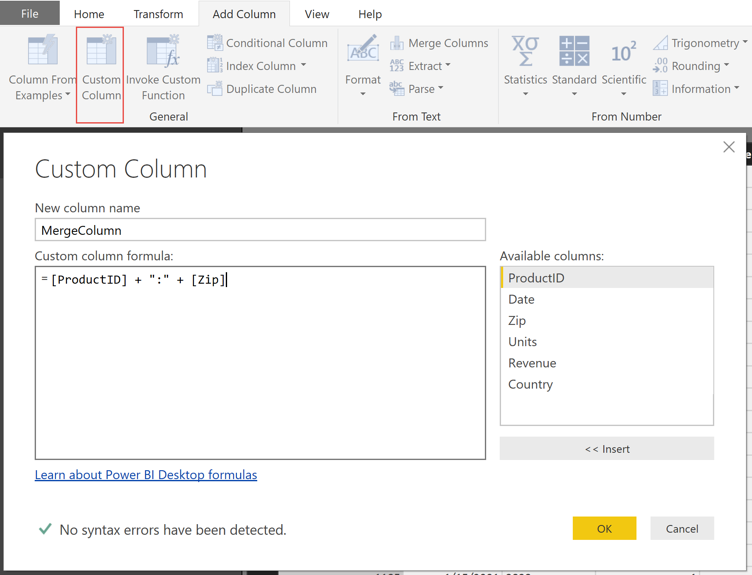 Some other changes were made to reduce the data size:

There are many ways to model and transform data in Power BI to accomplish your reporting needs. However, each method has its own advantages and disadvantages regarding where the bulk of the calculations take place, refresh time, and modeling capabilities. Knowing where and how to do any calculations and modeling can make a dramatic difference in performance and the refresh time in the Power BI workbook.

If your company is wondering how to put these tips into practice, feel free reach out to us at findoutmore@credera.com. We’d love to help as you think through how your company can gain valuable insights through reporting and analytics.

How to Build Rolling Date Periods in PowerBI

Microsoft has done an excellent job developing PowerBI to be straightforward, enabling everyone from business analysts to data visualization experts t...

Every month Microsoft rolls out new features for Power BI, and I have been impressed by the pace and complexity of this cadence. One area that Microso...

Today’s organizations are failing to find success with top-down, traditional data governance. The following whitepaper outlines a strategic approach for success in redefining data governance that shifts the ownership away from people and onto machines.