Lack of Trust is More Dangerous Than Terror 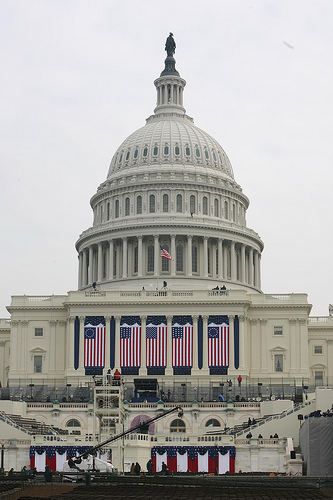 For the past month, our nation has been fixated on the political drama surrounding the inexorable march towards an event ominously referred to as “the sequester.” When this policy was first proposed in 2011, Republicans and Democrats alike—in a rare show of bipartisanship—roundly agreed that the idea was so bad that neither side would ever let it come to fruition. Yet, somehow, the months slipped by, and as they did, our divided government somehow managed to stay united both on the awfulness of the sequester and on its complete and total inability to fix the same awful idea it had designed. Thus, the unthinkable become the inevitable.

As I watched our leadership fail to solve the easiest of issues (namely, a pressing problem that all agreed was a pressing problem), I was reminded of a story told to me several years ago by a good friend of mine in the FBI. As the war on terror swung into full force, the Bureau was handed a new primary mission: preventing domestic terror attacks. According to my friend, many veteran agents thought that this new mission was misguided.  Instead, these agents believed that the Bureau should stay focused on its original core mission, preventing crime, with an emphasis on white-collar and public corruption.

At the time, I was a Captain in the USMC preparing for a third tour in Afghanistan, and the war on terror was at the top of my personal priority list. Senators with blocks of cash in their iceboxes seemed far less dangerous than terrorists with blocks of C-4 in their automobiles. I disagreed with the old-school FBI agents who didn’t seem able to adapt the realities of a nation at war. I failed to see how a congressman who texted naked pictures of himself to a disapproving intern could possibly be as much of a threat to national security as a jihadi mastermind who blew up an unwilling suicide bomber in the middle of a shopping mall.

My friend explained it to me. In the eyes of many in the Bureau, public corruption presented a more insidious and long-term threat to our country’s survival than did terrorist tactics, for crooked officials do far more to damage American’s faith in their system of government than do the actions of terrorists. If corruption abounds, most citizens might well come to believe that no one elected to power can be trusted with power, for all that power allows officials to do is lie, steal, and cheat to a greater degree, and with greater impunity, than before they were in government. And when a majority no longer believes that government of, by, and for the people is even possible, then democracy is dead, or well on its way. Put another way, poor elected leadership accomplishes the goals of terrorists—a loss of faith in the Western system of democracy—far more effectively than violence does.

Unfortunately, it seems that the consequences my FBI friend warned me about are now playing themselves out in real time. During the past few months, we have witnessed our government lurch from one self-created crisis to another, with the sequester merely the latest what appears to be an unending stream of mini-dramas. Deals worked out quite literally at the last minute do nothing more than kick the can down the road, and our leaders are getting bad even at that. These days, we seem to be unable to go more than two straight months without risking a debt market meltdown, a government shutdown, a fiscal cliff nosedive, or a sequester “meat cleaver.” Our leaders seem unwilling or unable to move our country forward, but they seem quite content to tear it down, so long as the other party receives the blame. Finger pointing abounds. Acceptance of responsibility is non-existent.

Unsurprisingly, a variety of polls over the last year indicate that trust in government writ is at an all-time low (and in the past week, everyone’s poll numbers have sank). But Americans have precious little else to choose from when it comes to respected national institutions—our politicians, it seems, are in good company. In the past several years, faith in business has fallen precipitously. The 2008-2009 stock market implosion and wrenching recession thereafter watched a parade of business leaders deny all knowledge of all manner of misdeeds, take golden parachutes as their organizations disintegrated, or even go to prison when empires built on fraud and lies disintegrate.

Other institutions have taken a beating as well – according to a recent Gallup poll, faith in media is at an all time low. A series of successive child abuse scandals have rocked the Catholic Church. Prominent Evangelical leaders have confessed to infidelity, drug abuse, and worse. Even the one institution that still commands widespread respect and trust—the United States military—has been forced to watch in horror as its most famous alumnus resigned in disgrace, putting a tawdry end to an otherwise impressive, and honorable, legacy of self-sacrifice.

We are at a far more perilous time in our country’s history than many understand. Loss of confidence in the institutions that have made our nation great is far more dangerous than any foreign threat. On one end of the spectrum, this loss risks making us apathetic in our civic responsibilities, muting democracy over time. In this scenario, narrower and narrower groups of activists gain outsized power as everyone else drops out, and government of the people instead becomes government by special interest groups. Communities may lose their vibrancy and the most needy may slip through the cracks as a disillusioned citizenry stops thinking about how it can give to such a miserable organization as our government instead focuses on how much it can get—while the getting is still good.  On the other end of the spectrum, our citizenry could become rebellious and seek to prize the monopoly on the legitimate use of force away from government. The risks of this seem low now, but if we wonder how quickly that can happen—and what happens when it does—we can simply watch the daily news feeds on Egypt. So, I now agree with my FBI friend: the greatest threat to our way of life isn’t terror—it’s bad public leadership.  We need to change this.

If we want things to make an impact, then we can start with the most visible class of leadership – our elected representatives. Through phone calls, emails, Tweets, blogs, and yes, even letters, we can remind them that they were sent to Washington not to assure their own power but to secure the future of our country. They seem to have forgotten that true leadership is nothing more than serving others to an increasingly great degree, but we can remind them of this fact. We can also remind them at the end of the day, ALL of our nation’s citizens are bound together in the great experiment in self-government that is America. If our government cannot function, then that noble experiment may well cease. And if it ceases, those currently in power—on both sides of the aisle—will be judged very harshly by history.

If all else fails, though, and nothing we do seems to change our new dysfunctional normal, then at the very least we can make our children watch the behavior of our leadership intently. And as our children watch, we can tell them: “See, here is exactly what not to do. Don’t you ever be like these people.  Don’t you dare. We need better than this, and you are our only hope—because what you are seeing is hopeless.” Perhaps if we raise the next generation of leaders with the failures of this one in mind, then those who come after us will be able to fix the problems we create before it is too late to save the cherished experiment in self-government called democracy.

Donovan Campbell is a Management Consultant, author, speaker, and served three combat tours with the United States Marines. You can read more about Donovan’s views on leadership in his new book**, The Leader’s Code, available now on Amazon and scheduled to release on April 9, 2013. Donovan’s previous book, Joker One,**** was was a NYT best-seller. Newsweek named Joker One a top war book of the decade.**