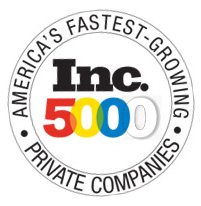 For the second consecutive year, Inc. magazine has ranked Credera as one of the fastest-growing companies in America. The annual Inc. 500|5000 is an exclusive ranking of the nation’s fastest-growing private companies.  Credera sustained 248% growth over a three-year period and ranked among the top companies in the Dallas Metro Area.  The 2013 Inc. 500|5000 list provides a comprehensive look at America’s independent entrepreneurs.

“On behalf of Credera’s leadership team, I would like to thank our valued clients and employees for contributing to our tremendous growth. We understand that they are the ones who truly deserve this recognition,” said Rob Borrego, President and CEO with Credera.

According to Inc. magazine, the 2013 Inc. 500|5000 ranking is based on the percentage revenue growth when comparing 2009 to 2012. To qualify, companies had to be U.S.-based, privately held, for profit, and independent—not subsidiaries or divisions of other companies—as of December 31, 2012.