How One Discussion Reshaped My Perspective on Inclusion

Last February, I showed up bright and early to the Elastic{ON} Tour stop in Dallas, a conference that brought together thousands of tech industry folks from around the state. As I walked up to the sign-in desk, I noticed several other black men — a sight that is, frankly, incredibly rare in technology. I assumed they were also there for an early morning Diversity and Inclusion (D&I) session that I was very excited about, but as I arrived at the D&I meeting room, I stepped into a scene that totally shocked me. The room was completely empty.

A small group eventually came in behind me, but my initial view of that empty room had already made an impression. I had mistakenly taken this to be a full session, when it was just an open invite for a breakout discussion. In total, nine others were in attendance. However, what the discussion lacked in participants, it made up for in personal impact.

Never in my six years as a tech professional had I shared a room with more than one other black male. But there we were, five of us in a single room among women and people of other races, and we were all able to share our personal experiences. Our conversations would ultimately expand my perspective on diversity, inclusion, and allyship—a less common term I will discuss shortly. As D&I becomes more of a business priority in the tech industry, I thought it would be valuable to share my lessons from the breakout session.

At Credera, there are moments when I happen to be in a collective so diverse that a college admissions pamphlet designer would think it was a bit of a stretch. In these situations, my friend Christina Hahn likes to jokingly call us “the Magic School Bus all grown up.” All jokes aside, while it is not always an accurate depiction of the day to day at any technology firm, it is important to note that such diversity is organically possible.

Moreover, it’s important that someone at Credera can look at us and feel a sense of inclusivity before we even say a word. During the Elastic{ON} breakout session, someone asked the group exasperatedly, “Are women and people of color being depicted in this industry?” It is heartwarming to be able to truthfully answer in the affirmative for Credera. 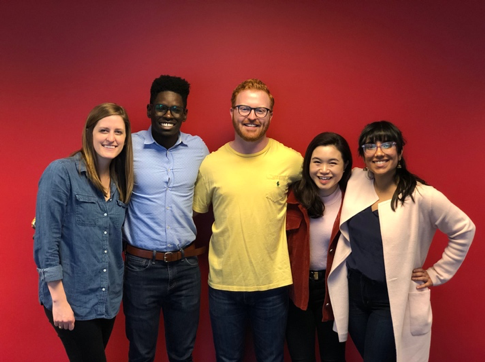 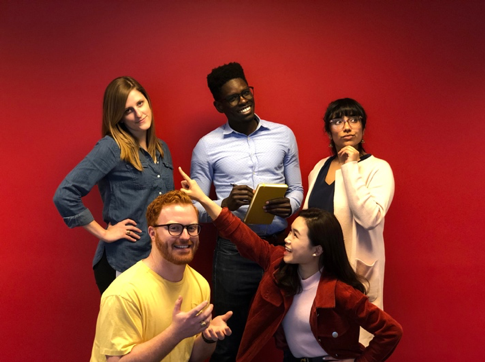 Even so, the oft-cited shortcoming to D&I is the lack of inclusion, even once you’ve started to see traction on the diversity of genders, races, collegiate majors, interests, and accents. An inclusive workplace is one in which people feel valued for their differences, which cultivates a safe and open environment to call out the status quo.

One member of our conference D&I discussion had previously worked at Elasticsearch and told a story about promoting this kind of environment. In an onboarding meeting, at which they were excited about having the largest hiring class they’d ever had, he brought to everyone’s attention that he was the only black man in the group. This single remark led to the creation of several diversity and inclusion initiatives within the organization, and this would not have been possible without his company being willing to listen and empathize with his perspective.

One of the stories that surprised the breakout group the most was about an incident that doesn’t seem like it could have happened in 2018, but it did. A black man in our group discussion shared a series of events that happened at a software company he works for. He was conducting an exit interview for someone leaving his company, and his (now former) colleague used an incredibly offensive racial slur in a completely nonchalant manner. Later, the slur was used again in the presence of a white coworker. This white coworker immediately jumped in and called it out for how inappropriate it was in any context, but especially a professional one.

The co-signing of this feeling goes so much further than people give it credit. Allyship is when a person from a place of privilege goes out of their way to support a marginalized individual or group, and that is exactly what his coworker accomplished. Support from the group that historically held the power in these situations is imperative for progress. This allyship is the quickest path to advancement. If I could sum up the call to action from the discussion at Elastic{ON}, it would be that single word—allyship.

The frequently tossed around buzz word at my current client that draws the most eye rolls is “operationalization,” but I feel like one of our primary goals for D&I should be the operationalization of inclusion. A big part of this effort will inevitably be through allyship. To understand what allyship looks like, we have to ask ourselves where we’ve seen it and where can we do more.

When I think of not exemplifying allyship as much as I’d like, I think of a meeting with an outside technology company. After a demo of the software, a senior executive from the outside organization looked to a female colleague of mine and commented about how she surely understood a certain online shopping issue. Given my own background in customer analytics, I was momentarily surprised my coworker had not shared her customer analytics experience with me. Then I remembered that she knew this stranger just as well as I did, and it hit me like a truck. He didn’t know her as a person and was stereotyping her. Looking back on that moment, I wish I’d been an ally in some way, like pointing out that I likely do more online shopping than she does. Instead, the moment had passed, and I sat back confused as to what had just happened. I had a blind spot exposed, and I hoped to redeem myself the next time a similar event occurred.

I saw my chance a few weeks later during a meeting held by three men. When someone called a new hire a “girl,” I saw my opportunity to jump in and enlighten. Just as I was about to interject, the other male coworker in the room beat me to it and responded with, “I think you mean ‘woman.’” These small jabs against our biases are important, and we must continue to grow from them. Being an ally means staying on your toes and in tune with the struggles of those around you.

Allyship can be responsive, as we’ve previously examined, but it can also be preemptive. One way I love seeing this at Credera is our events celebrating a variety of cultures. Our Lunar New Year gathering is my favorite. As someone who grew up attending Vietnamese New Year every winter, I was excited to relive those memories and share them with new friends. Below are images from our Holi celebration where my friend Radhika educated us on this festival of colors.

With each passing event like this, I feel our growing Credera family extending its horizons while drawing closer in our relationships.

Nod to Worth and Humanity

At times it can seem daunting to implement grand diversity and inclusion initiatives. As a data person and huge proponent of data-driven decision making, I typically want to have concrete figures when I’m trying to make an impact. But this is a reminder that it’s also important to take advantage of individual opportunities to extend allyship to a person or group. The inclusive environment we strive for is created through many important corporate avenues, but don’t forget the daily opportunities each of us have to nod to someone’s worth and humanity.

Feel free to reach out to me directly at mmusa@credera.com to discuss this topic more or contact talentacquisition@credera.com if you’re interested in bringing your uniqueness to our team.

The Importance of Gender Intelligence

Diversity and inclusion (D&I) have been relatively hot topics these days. We are talking about this important issue a great deal at Credera. One of th...

Strength Is in the Difference

“The practical advantage of diversity boils down to this: a group of people with different perspectives usually makes better decisions and finds more ...

My name is Curtis Harrison, and I had the opportunity to intern at Credera in the Open Technology Practice (OTS) this summer. I was particularly drawn...