Hackathons have, for me, always elicited images of late nights, energy drinks, and endless lines of code. At the intersection of adrenaline and genius, they host participants who create revolutionary products that may go on to make fortunes. Basically, my perception of hackathon could be taken directly from The Social Network.

Although I’m sure there are plenty of weekend-long coding marathons that produce impressive results and new creative solutions, this may have been a creation of my own imagination.

I say this because I recently took part in a Credera experience design (XD) hackathon and did zero “hacking,” got a full night’s rest, and still produced a wholly unique web app. (We haven’t earned a fortune yet, however, but I’ll keep you posted.)

It turns out, much like a lot of things in tech, this is one more instance of something that’s shrouded in mystique and complexity but that’s surprisingly approachable when given the right context.

When asked if I wanted to participate in the hackathon, I initially thought this probably wasn’t for me. After all, the only thing I’ve ever “hacked” was my aunt’s iCloud password while visiting during the holidays. However, the organizers assured me this year’s hackathon was meant for not just developers but designers as well. Still uncertain as to how the event would play out, I accepted the invitation.

Fast forward to the day of the hackathon and, although I felt like I was outside of my comfort zone, I was also surprised to be learning new things and growing as a designer.

Because “hacking” is not something reserved for those who know Python or JavaScript, it’s for all who are open to ideation, adaptation, and being a team player.

Ideation can often be the most fun part of any project. There is a blue sky of possibilities from which our ideas emerge—and from which they will most certainly, at some point, come crashing down to earth, though that point is not now. At this stage you need the freedom to explore the prompt, the subject of the hackathon, and all if its interpretations.

Do you want to take the prompt more literally and focus on a creative execution, or do you want to be more abstract and go into a completely different direction? Developing a clear conceptual direction from the initial project brief is critical to creating a cohesive experience. Each path is valid. As you start to discuss them with your team, you’ll get a sense of which ideas are taking hold.

If you come across an idea that immediately sparks discussion and spurs further creativity, you’ll know you’re onto something. Encourage this divergent thinking within the team so you can arrive at a truly novel solution that will underpin the user experience. As the project progresses, limitations will determine the scope of this idea, but the idea should persist.

Of course, we don’t have a week’s worth of workshops for this ideation, so take that double-diamond process, condense it down to a 30-minute huddle, and produce a couple distilled concepts that can serve as a throughline for the alterations and adaptations to come.

Although today we may associate “hacking” with something very technical like coding, it actually speaks to the act of “adapting” something to fit a particular context. In fact, the first instance of “hacking” occurred at MIT’s Model Railroad Club. Eventually, the concept migrated to the world of computing and technology.

This reframes our efforts as “building unique products on familiar foundations.” After all, specific lines of code are not typically unique to any single project; they’re usually part of a different framework that has been re-purposed for another product. Similarly, we can re-purpose patterns, interactions, iconography from completely unrelated spaces and combine them in unique ways.

If you’re a music fan, you know this isn’t exclusively a technology strategy but how musical inspiration (and creativity in general) has always worked. Be it modern-day pop or an oldies tune, many musical styles have their fair share of samples and covers that most people think are just completely original, unique compositions. Mark Ronson summarizes this best in his “How Sampling Transformed Music” TED Talk.

This is really the essence of a hackathon anyway. It’s a place where you can have the freedom to riff on an idea (design or technical) without the concerns of “product-market fit” or any performance metrics. After all, the real goal of a hackathon is “inserting yourself into the narrative,” as Mark Ronson says in reference to creating music, and creating something wholly new.

Hackathons Require You to Be a Team Player

You may still be asking, though, what about the logistics of the day? How can designers and developers work effectively under such time constraints? We won’t have staggered sprints, allowing for developer feedback and client reviews. No, everything will happen pretty much in real time. And because the developers will ultimately be the ones to launch the app, it’s all about equipping them for success.

That means you as the designer need to get the basics out of the way, fast: simple type sheets, color palettes, and page compositions should do. Identify what we have and what we need and where it will go on screen. This should get the developers off and running and get you off to producing assets.

This is where I really felt my creative muscles being stretched. I tried to produce anything and everything that made the experience feel cohesive. From custom icons to larger visual assets, I cobbled together anything that could push our theme forward. I’m not as well versed in illustrations and was definitely outside my comfort zone. However, with the tight timeline and by “adapting” previous works, I was able to get over the initial creative hump and produce several assets just in time for the developers to implement them into the app.

There will inevitably come a time when you look at the clock and realize, “Oh gosh, only 30 minutes left?” Despite your belief that this will never come together, it will, just maybe not exactly as you initially pictured in your blue-sky discussions. This is, of course, expected, and although the product may not look the same as that blue-sky vision, it’s still a new thing that exists now only because of you and your team’s efforts.

And remember, what will last from this experience will most certainly not be the app you created, but the things you did to create it. You can take those lessons and apply them to your next venture, however big or small it is. 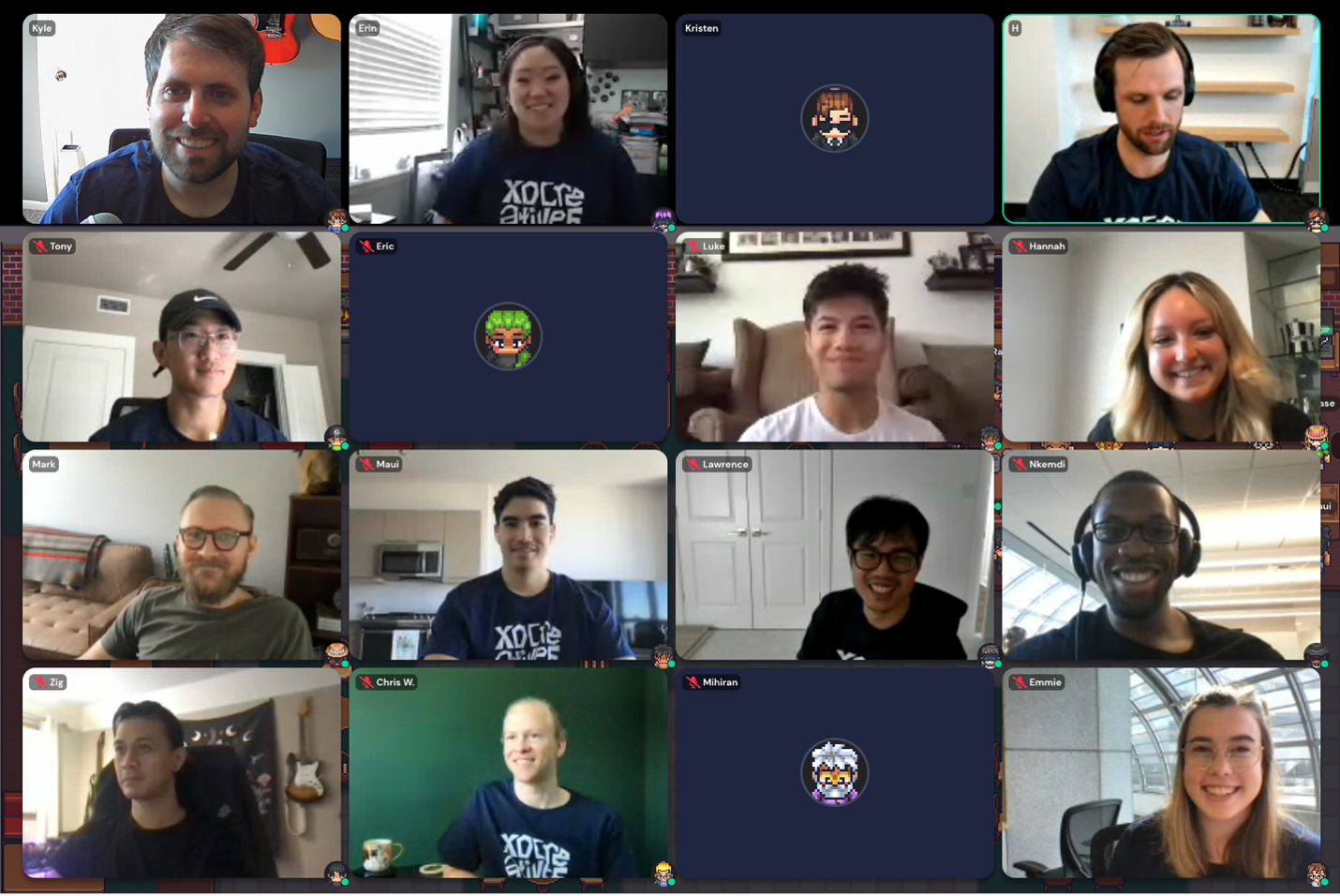 Come Grow With Us

At Credera, we couldn’t be more excited about our future. If you’re interested in a career where you can grow and make an extraordinary impact with people who care, please visit our careers page.

Artificial intelligence (AI) and machine learning (ML) can undoubtedly offer significant benefits to most organizations, but only when used correctly....

The Cloud Controls Matrix (CCM) is a powerful tool to chart a steady course on a business’s journey to the cloud and guide the implementation of cloud...