GameStop vs. eBay – Why my ten-year-old son will never use eBay again 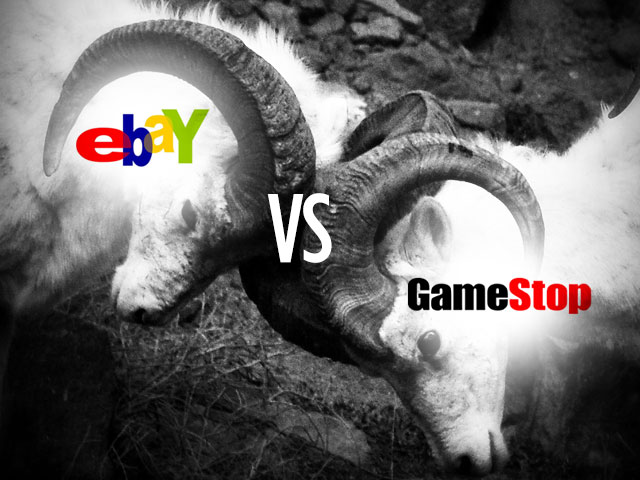 I’m thirty-eight and have a ten-year-old son named Jonah. He’s been playing video games since he was six. Four weeks ago he decided he was done with his Wii and wanted to acquire an Xbox. I’m thinking two things at this point: 1) what’s wrong with the Wii? and 2) it doesn’t really matter, his friends are on to Xbox so I might as well use this an opportunity to teach him a little lesson in entrepreneurism, capitalism and patience. We talked it over together:

Me: “Jonah, this is your Wii and these are your games. As your dad, I am going to act as your advisor, but you get to make the final call. So, tell me, what are you thinking here?”

Jonah: “Let’s go to GameStop Dad, sell it all, and see if they give us enough money to buy an Xbox.”

Me: “Do you want to look on eBay before we go and see what everything is worth?”

For the next couple of hours we comb through his games, pulling them up on eBay to see what the “open market” might give us. His younger sister writes down the games, scribbling down an array of prices next to each one. Her handwriting is better than her brother’s. Jonah’s concludes we can sell his games on eBay independently for a total of $160. This doesn’t include the Wii console itself. It appears another $75 or so can be had for the main box. Armed with the appropriate market intelligence, we jump in the car and head off to GameStop, prepared to “go to war” for the most money this young entrepreneur can finagle. I still think $10 is worth a little haggling. My son sees $10 as two weeks of agonizing patience as he waits for his allowance. You can imagine the fervor this young man has to do well on the transaction.

As we show up at GameStop our marketplace dealmaker, Brandon, greets us warmly from behind the counter. Brandon runs the GameStop in our town. We talked about all of this in the car; our job is to get the best deal we can. We will not be taken advantage of. We will keep our game face on. But Brandon is good. He is wheeling and dealing before we know what is really happening. He already has us engaged in a discussion on what we are there to do. He seemingly knows  Jonah wants an Xbox 360. And he wants it today. My grand plan is unraveling, and fast.  I’m only here as an advisor, but I have to do something.

Me: “Uh, Jonah, remember we want to make sure we keep our options open. Do what is best for the long term. Make a good decision son. Take a look at the list of what you can get from our other buyers.”

Jonah: “Dad, if I get a Power Up card I get an extra percentage in store credit on every trade in. Look Dad, they have the Xbox right here and it comes with a one year warranty. eBay doesn’t come with a warranty, does it Dad?”

Jonah: “Cool Dad, I think we will be able to get an Xbox today.”

Me: Pulling Jonah aside. “Ok, Jonah, now listen, I don’t know what all of this is going to be worth with these “credits”, but remember, keep an eye on the long term. It is not worth making a short term decision that you will regret later.”

Brandon: “Jonah, with everything, except the Wii console, we can offer you a store credit of $154 today. With the store credit you can afford a refurbished Xbox for $130. You also get to pick out two Xbox games with the deal we have going on today. What do you want to do buddy?”

I’m thinking to myself now what every dad must be thinking. Oh crap.

Brandon has been very respectful and helpful. He did everything he was supposed to do and deferred to me for all of the decisions. But Jonah is the decision maker today so I kept pointing Brandon back to him. The whole situation just isn’t working out like I thought it was going to. This was supposed to result in Jonah learning a lesson in patience and capitalism. Surely the open market on eBay would command a higher price per game than a single store. We were going to show up at GameStop, get offered half the price available on eBay and Jonah would have to sell each game over the next three weeks to earn his money. How is GameStop able to do this? There is no debating the facts. Six bucks is not worth going through eBay, even for a 10-year-old. So, yes, that Sunday afternoon we ended up playing The Force Unleashed together on the Xbox. I’m sure there is a lesson here, but it is probably for me and it likely involves spending quality (non-gaming) time with my boy. Ok dads, I hear you.

Don’t devalue the impact your 1000’s of stores have on your brand and market share. Brandon was 10X more helpful than anything we found online. You made a lifetime customer out of Jonah. He will be playing video games with his buddies for at least the next few years, maybe longer. He doesn’t want to have anything to do with eBay. He likes being able to trade in his old stuff and get some value out of it. He doesn’t want new games. He thinks they are too expensive. Online is valuable to him when reviewing products and looking at gamer reviews. But your real gem is Brandon. Brandon knows everything about every game in GameStop and he knows it in interactive real time. Kids like Jonah don’t have access to this kind of Subject Matter Expertise anywhere else. Jonah is more likely to buy from GameStop because of Brandon and his helpfulness. He answered every question Jonah had. He made buying the Xbox easy. Brandon made sure Jonah went home with everything he needed so we didn’t have to come back. I like that too!

I work with dozens of retailers and every one of them with a brick and mortar + an online presence is trying to figure out how to compete with Amazon. Listen to me GameStop. Jonah just had an in-store experience no one else can duplicate. Not Amazon, not eBay, not GameFly, not Walmart, not any other competitor. Invest in your stores. Invest in your POS. Invest in your Brandons before someone else does. Brandon is gold. I hope you guys get this.

Wait until I tell you what happened when we posted the Wii on eBay. Crazy set of circumstances led us back to GameStop and Brandon. I’ll write about that next week.