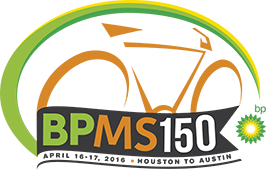 Five Credera employees prepare for quite a journey as they take on the exciting challenge of the BP MS 150.

The BP MS 150 is a two-day fundraising bike ride from Houston to Austin organized by the National Multiple Sclerosis (MS) Society. The ride takes place April 16th – 17th and is 160+ miles with 13,000 cyclists, 3,500 volunteers and countless spectators along the route and finish line. Last year, the BP MS 150 had a record breaking year raising $20.3 million dollars, bringing hope to many who are living with multiple sclerosis.

The Houston Crederians biking the BP MS 150 are Ben Armenta, Bodie Leonard, Ashley Alston, John Latham, and Dustin Williams. Several of their friends will also be participating and one friend has volunteered to drive the route to help transport tents and other necessities.

Everyone on the team knows someone who has been affected by rare diseases so they decided to come together, build stronger connections, support one another, and accomplish something great together. They named the team “Mile Makers” and raised over $400 each to donate to the BP MS 150.  No one on the team has ever biked a century (100+ mile bike ride) and each individual has been in training prepping for the weekend.

What is a Mile Maker?

They chose the name “Mile Makers” because they believe each mile they reach is a step closer to reaching the next mile marker. For every marker they reach, they’re one step closer to achieving their goal and arriving at the finish line in Austin, TX.

Follow us on Twitter @Credera for live updates from the Mile Makers as they bike from Houston to Austin! We’ll be live tweeting using the hashtag #MileMakers.