As a .NET Developer, I spend a great deal of time pressing the “F5” key, setting breakpoints, and trying to figure out why the code I just wrote isn’t working. As the technology blogosphere has ignited over Microsoft’s latest Visual Studio offering, the first things I wanted to know were what new features had been added and what improvements had been made to the debugging experience. I found that the numerous changes made to debugging tools in Visual Studio 2012 help the Developer more quickly identify problems and overall lead to a more pleasant debugging experience. In this post, I will discuss five debugging features that are good for anyone to know that may be developing in Visual Studio 2012.

Figure 1: The Page Inspector allows the developer to easily debug and modify applications

A useful aspect of the Page Inspector is Inspection mode, which you can toggle by clicking “Inspect” as seen in Figure 2 below.

While in Inspection mode, you can hover over any HTML element and the Page Inspector will highlight the markup that rendered that element. This makes it easy to identify incorrect markup, make a change, and refresh the page without ever leaving the Page Inspector.

Edit and Continue is a long-standing feature in Visual Studio debugging that allows the Developer to edit code while debugging without having to restart the application. One frustrating thing about Edit and Continue in Visual Studio 2010 and earlier versions was that it did not allow the Developer to make code fixes in methods containing anonymous methods (i.e., lambda expressions, LINQ queries). This is now possible in Visual Studio 2012. It is important to note that Edit and Continue will not allow you to make code changes in the actual lambda expression or LINQ query, but anything else that contains the anonymous method is now fair game (see Figure 3).

Figure 3: The highlighted LINQ query is still uneditable, but everything else in the method can now be modified in Edit & Continue.

In previous versions of Visual Studio, the Developer’s debugging applications (with multiple threads) had to perform their debug operations one thread at a time. This meant that every time you needed to look at a different thread, you had to bring up the threads window and double-click on the “new thread to change contexts.” For applications with many threads, this can become annoying. Visual Studio 2012 introduces a new debugging window, called Parallel Watch. With this window, you can set an expression to evaluate and watch the results for each thread concurrently. 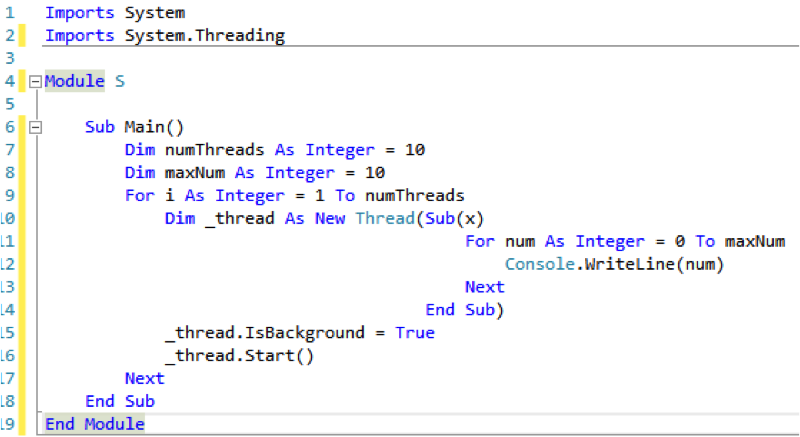 Figure 4: The most sophisticated use of threads that you’ll ever see.

This is a trivial console application that creates 10 threads that each writes out the integers 0 through 10. Let’s say we want to know what the current value is for the variable “num” on each thread at the start of the last thread. The Parallel Watch displays it all at once:

Now, we can easily see the value of “num” in each thread without having to keep changing the thread context. In this example, we’re only looking at the value of a single variable, but you can evaluate much more sophisticated expressions as well.

One limitation of the Page Inspector is that it can only be used for applications that run in the browser, meaning it doesn’t help if you need to debug a Windows Store app. Fortunately, Visual Studio 2012 offers two new tool windows that can help: (1) the DOM Explorer and (2) JavaScript Console.

The DOM Explorer (displayed in Figure 6) provides much of the same functionality as the Page Inspector, allowing the user to select HTML elements, identify CSS rules, and change values without stopping the debugging session.

For Figure 6: The DOM Explorer provides the functionality of the Page Inspector for Windows Store apps

Debugging applications can be a frustrating experience, and there isn’t any IDE that can change that. However, the current release of Visual Studio offers an improved debugging experience over its previous versions, and is especially useful for anyone working with Windows Store apps. Happy debugging!

If you have Visual Studio 2012 questions and/or looking for more great tips, please send a tweet to @CrederaMSFT. You can also check out other recent blogs on Visual Studio: