One of my favorite questions to ask a prospective employee is “When was the last time you were average?”  I typically hear stories of a career change and 6 months of feeling “average,” but since then their performance has consistently been above average.  We live in a society that esteems self-worth, high-performance, and limited self-reflection.  We blissfully live our personal and professional lives with the opinion that we are better than the person next to us. Sometimes we are, but that’s not the focus of this article! 🙂

Social Psychologists commonly refer to the “above average effect” as a cognitive bias that causes you to overestimate the positive and underestimate the negative relative to others.  Within the context of your business, this impacts how you view competition, develop talent, and manage risk.  Unless you recognize and account for the “above average effect,” your organization very likely has an inflated view of itself. 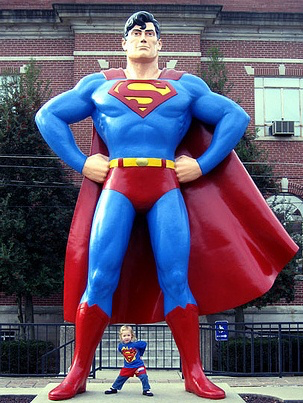 Here are three superiority fallacies and how they influence organizations.

FALLACY 1: We Are Better Than the Competition

A common experiment at elite MBA programs is asking students to rate their academic performance relative to their peers.  Nearly 90% of students rate their academic performance as above the median.  Moreover, in a recent Bain & Company study of 362 firms, 80% claimed delivery of a “superior experience” to their customers, but when asking their customers, only 8% believed they experienced excellence.  While many factors contribute to this disconnect, one common trait of successful individuals is the overestimation of their abilities while discounting positive and negative variables outside of their control.

Overconfidence anchors us to the belief that positive or negative trends will continue in our favor.  In an “above average” world, we believe that we know best.  This bias clouds judgment and results in an underestimation of the competition, a misunderstanding of the needs of our customers, and a belief that change is not required to maintain current success.

The “above average effect” negatively impacts an organization’s ability to foster teams who value diversity of skills.  When individuals compare themselves to others, they highlight their own strengths and focus on other peoples’ weaknesses.  Managers attribute too much value to the traits they perceive have made them personally successful and devalue the traits that have made others successful. Consider Chess. Each piece on the board has a role to play and is most effective when used in their area of strength … even though every piece is very different.

FALLACY 3: Failure Is Not an Option

“Above average” individuals believe they are unlikely to fail.  This false belief results in individuals that have an unhealthy view of risk.  Every healthy person fails and learns from their failures.  If you are not failing occasionally you are not taking enough risk. If you cannot remember the last time you failed at something your growth has stagnated.

5 SIMPLE TRUTHS TO COMBAT THE “ABOVE AVERAGE EFFECT”